Expression with a vengeance 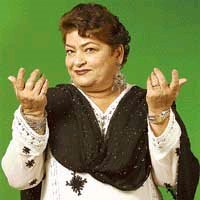 It has been 5 months that I have been off the airwaves at my home. So when I finally checked into my hotel room in Kolkata I got to see it after a good- long gap.
I will not go into the details of why I decided to tune myself off from television. Let’s us keep that for some other post, but I would definitely like to share an ‘outsiders’ perspective on television of today.

Out of the, around, 85 channels that we pay for, from about Rs. 100/- to 275/- (depending on where we are living and how aggressive the cable operator is) the rough make up is thus.
About 15% are prime time channels, about another 10% are film channels (both Hindi & English), add another 20% as news channels (in different languages), to this add 20% of regional language programming, about 10% sports channels, 10% of channels for kids and another 10% channels for music loving audience (Hindi or English). The rest 5% or less can be put under the statistical ‘others’ (this includes Travel & Living or History Channel and a few more like these).

When you see the above approximations it is amply clear what the programmers think is selling:
1. 25%: Regional language programming sells
2. 20%: News sells (more on the ‘news making’ nature of news sellers later here)
3. 15% Prime Time Channels: Long and strange (to me) plots sell
4. 15% Film Channels: For lazy, cinema avoiding, husbands and non-working women
4. 10% Music Channels: ‘Watch’ music rather than listen to it
5. 10% each: Kid programming sells as much as sport (read Cricket)

Let us now try and look behind these percentages. I cannot say much about the regional language programming (except Punjabi music channels) because I do not understand most of the other languages. But I can sure hazard a guess that content-wise they are not very different from the plot-lines of most of the leading prime-time Hindi soaps. These regional language soaps, like their prime-time counterparts in Hindi, are about joint (but ‘fractured’) business families, where men work more on their marriage & family than in office, where mobile phones are more a way to create confusion among different relationships than to communicate, where clothes are worn as if one of the characters were getting married and others had come to attend their wedding, where background scores, over shadow the scenes in the foreground.
In sum an overdose of emotion, expression and mascara, laced with ornate settings and dominating sounds.

The second dominant group of channels is News. Be it business or politics, it seems that today we more number of reporters per citizen! For almost everything is reported.
On one side media enthusiasm has done many a good. Be is collecting aid for natural or man made calamites or helping people express their opinion on issues of everyday concern or even getting culprits to justice.
But in their enthusiasm to continue with their spoils and under the pressure to deliver the desired number of TRPs for the next round of Venture capital funding, news channels are turning into entertainment modules. This is a good way or breaking free from the classic ‘News for Information Paradigm’ but at what cost?
Today we have reporters going overboard on camera, getting emotional about the situation they are reporting – casually measuring the depth and width of potholes on Mumbai roads, or shouting loud into the camera about a dialer’s unanswered call at a customer care help line number, or worst still reporting everyday happenings as globe altering events!
News reporting mannerisms of today seem to be driven by a thumb rule – the viewer would be bored, if you do not go overboard!
Curiously even the News Channels serve an overdose of sound, emotion and expression.

I am not talking as much about kid’s channels because they have already been colourful and full of expression. But I would sure like to make point about the way cricket is reported. It is over analyzed, over hyped and grossly over rated by those who make a living out of talking about cricket! I sincerely hope that cricket continues to be as big a draw as it is made to be.

The bigger picture emerging seems to be that as a society we are going into an expression overdrive. Everything we feel or thin needs a loud expression. In many ways subtlety has been reduced to a marginal trait of the contemporary Indian. And marketers know this very well.

Try and recall the spicy and yet subtle Mr. Yogi that was a big primetime success of yore. Or even a Hum Log. Despite the fact that this serial for the then, urban strata that could be called the counterpart of today’s Himesh Reshmayya & Tere Naam fans.

Both of them were anything but over expressive. Try and recall the news reporting from the west (I am not saying that they are the best). But somehow they still have been able to retain the sanctity of the 30 minutes of World News on BBC. It is calm, composed, objective and rich. Not to mention the holding power of that rare smile from the news reporter. It is almost as if it were a window to their emotional side. But you only get a glimpse of it and that too only once in a while.

May be over expression symbolizes the contemporary urban (and who knows even rural) India. May be it is the media clutter that makes channels pump up the emotion and expression levels of the content in order to be heard better.
But one thing that seems to be certain is that audience & viewers like the one who wrote this Blog is a minority - a minority that is not being addressed on the Tube (leave aside Travel & Living, History Channel, BBC or NGC).

No wonder then the 35” LCD TV in my Kolkata hotel room still could not excite me about the content on it.

I was talking to a senior colleague about the ideas we generate. It was an informal exchange on ideas and their nature. Their ability to make us feel in a certain way, their ability to make things happen & bring about change.
While still on the topic we realized how the best ideas that we have had, have almost always made us feel in a certain way; have intoxicated us while we willingly submitted to their spell.

Great ideas are like that, they are powerful enough to drive us as individuals and potent enough to convince and convert a larger group into a convert.
When we have a great idea that we truly believe in, it shows in our expressions, our voice, our gestures and almost everything that we do.
A great idea is almost like an organism in itself. It has a mind of its; it has the power to make people around do what it wants them to and most of the time it uses us as the medium to make it happen.

When we have a great idea we do not possess it; it possesses us. 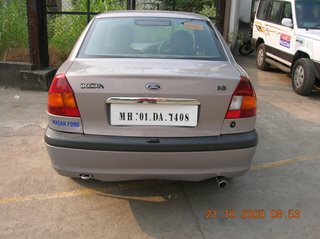 What happens when you get closer to the girl you liked in your first interaction?
Chances are that as you get closer, your relationship gets richer. As you would get to know new things about her, you would like her even more. From talking to walking to laughing and even crying together would become a unique experience.
For you, everything about that girl would be special, just the way you are to her.
No wonder as time would pass and you would get closer to her, the bond would only get strengthened and both of you would explore new dimensions of each other’s feelings.

Isn’t it how it should be with brands as well?
Ideally it should be but unfortunately our interactions with brands follow a path, which is just the opposite of the boy-girl love that I mentioned above. It is almost like a journey of Diminishing Return on Emotions Invested.
I can say at least about the ‘popular’ product and service brands in India – be it Indian or MNC,

I would like to illustrate it with an example.
What happens when we want to buy a car?

Emotionally Charged Stage 1: We prepare a mental shortlist of cars basis some TV Commercials or friendly recommendations or basis plain liking for some cars that we have seen moving around or have glanced at in parking lots. At this stage everything is as rosy as perhaps it can be.
Almost like the romance of a beautiful girl in the neighbourhod that we have been exchanging glances with.
Next we go to some web sites and incase we are not as net savvy then perhaps we head straight to a dealership.

Emotionally Active Stage 2: What happens at the dealership?
Well, a salesman tries to make us feel comfortable by executing his ‘protocol’ as he asks “Sir Tea or Coffee?” But beyond this nothing is as rosy as it was in stage 1. The romance begins to wane.
Our salesman asks us about the car we want to buy and little does he try and understand why we want to buy that car. May be has too many customers to look after or may be he just does not know what it means to sell people what is ‘right’ for them and win their confidence.

Emotionally Confused Stage 3: Once we have given him our preference he tries to get us a testdrive (if we ask for it!).
What happens in the test drive?
Our salesman is again too busy with other customers and he details a ‘showroom driver’ to accompany us for the test drive.
During the test drive we discover that the driver accompanying us has no clue about the car and that his only job is to park cars in the showroom & deliver cars on predesignated dates and addresses.
The driver himself makes a point about how the salesman should have accompanied us for the testdrive for he is not placed to answer things that we ask him about the car during the drive.

Emotionally Disenchanted Stage 4: By the time we are back from the test drive and assuming that we have liked the car we then start interacting with another set of below par service. These are the finance company representatives. They are masters of over-commitment and under delivery (percentage of loan they would arrange, the loan disbursement date on one side & lower percentage of loan and delay in disbursal).
By this time our initial love for the car has been replaced by stress and anxiety about delivery of car, availability of desired colour on day of delivery, disbursal of loan etc.

Emotionally Distressed Stage 5: The story does not end with the delivery actually it begins from there and how I wish that companies also realized this!
When we go for the first service of our car, we meet another set of executives that are even one step below in service delivery as compared to their showroom and finance company cousins.

What we saw happening is that the quality of interaction with the brand goes down steadily from the first interaction through TVC or the personal reference.
How then can we expect brand bonding to happen when every consecutive stage in brand interaction is a step lower in quality to the previous stage?
How can love linger if relationships were nurtured thus?
It is time marketers started focusing more on brand delivery more than brand promise.
The future of branding is in action, not abstraction.