What Can a Dinner Banquet Tell Us About Philanthropy & Luxury in China?

A few months back about 50 of China’s business and philanthropy elites came together for a 90-minute discussion over dinner. The venue was a mansion on the edge of Beijing - a gilded and karaoke-equipped rococo castle, modeled after the baroque 17th century Chateau de Maisons-Laffitte in France. The hosts were the billionaire philanthropic duo - Warren Buffet & Bill Gates. Media dubbed the dinner as the "Ba Bi" Banquet - after the Chinese transliterations of the host’s names. ("Ba Bi" incidentally is also the Chinese for "Barbie"). 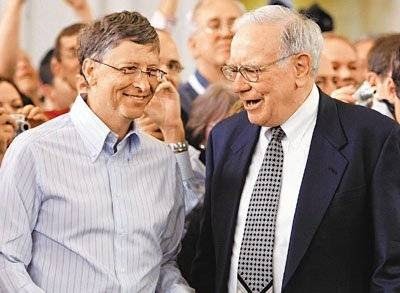 BaBi was hot in media much before it even happened. There were news reports about a business tycoon from south China pledging all of his fortune to charity after his death and motivating other Millionaires in China to come forward and contribute. There were reports that the attendees had requested the list of invitees not to be made public for they were afraid of attracting unnecessary attention to their fortune. There were also voices from China’s philanthropic circles that Chinese did not need to learn philanthropy from Americans etc.

But the string of events in the run up to Ba Bi and even after that, have more to tell us than just who pledged to donate and who did not. BaBi tells us a lot about the attitude of China’s super rich on two counts – one obviously is Philanthropy and the other less obvious but very evident is the attitude of China’s super rich towards luxury and indulgence.

What makes this rich group so important is its large & growing numbers. According to Shanghai-based analyst Rupert Hoogewerf China has 64 billionaires in US-dollar terms (second only to the United States) and at least 875,000 U.S. dollar millionaires. And these numbers are growing healthily. The disposable income of the richest 10% of Chinese families is 2008 was USD 20,500 – almost as much as 3 times the official government estimates. And this does not even include the total undisclosed income in China, which is estimated to be over 1.4 trillion (about the GDP of India!).

But in spite of this prosperity, for most of the Chinese the idea of charity seems a bit detached from daily life. While the total amount donated, as per Government records, has risen from $1.5 billion (RMB 10 billion) in 2006 to over $7.5 billion (RMB 50 billion) in 2009, it is still a negligible fraction of the $300 billion annually donated in the US, which is over 2% of the country's GDP. Also, only around 20% of China's annual donations actually come from individuals; the rest are made by private enterprises. In the US, for example this number is as high as 70%!

Contrast this attitude towards philanthropy with the state of luxury. In 2009, China alone accounted for 25% of the world's total luxury consumption, making it the second largest luxury market after Japan, whose GDP per capita is more than 10 times higher. And yet despite their consumerist instincts, the Japanese still appear to be more charitable in general than the Chinese. According to the 2010 World Giving Index, released by the Charities Aid foundation, 17% of the Japanese population has made charitable donations, compared to China's 11%. 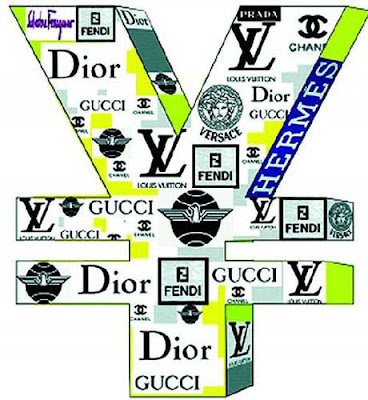 What does all this mean? Does BaBi tell us anything more than what these numbers reveal? How?

BaBi was actually a terrific opportunity to glean insights about the China’s rich, their riches and their desire to give. Here are five things that I learnt from the much-publicized dinner.

1. Short history of prosperity & thus philanthropy in modern China: “I just started making money and now you want me to give it all up?”

Because of China’s socialist background and the fact that wealth China is so new, the notion of government’s role versus philanthropy is still not fully developed. Historically, especially before 1949, China’s wealth was based, in one way, on familial wealth & power via heirlooms, bequeathments and hereditary titles. China comes from an Imperial, agrarian society, where power and social status is based on familial wealth. Modern Chinese society continues to have many aspects that still emphasize family wealth. We see this today in the continued inadequacy of China’s social welfare system, where Chinese parents still need to save all their wealth in order to pay for the education, and buy real estate for later generations.

It is thus rather unrealistic to expect all of China’s Millionaires to become super-givers soon. After all most of them are the first generations of millionaires. After so many years of penury, it is only natural for them to want to hold on to their newly acquired wealth.

Short History of Luxury: “I have it and I want to flaunt it..”
From a luxury standpoint - we cannot expect China’s rich to start appreciating the nuances and subtleties of super luxury products and services. They have earned it recently and they would want to show it. A Chinese expression “大气” or da qi (the big and glorious) captures their state of mind rather well. Thus luxury that helps them demonstrate their achievement and success will do better than the classic understated luxury.

2. No Philanthropic Role Models: “I should give all my money for ‘noble’ causes like whom?”
Bill Gates and Warren Buffett have had historical precedent from such past American philanthropists as Carnegie, Rockefeller, and Ford. China does not have many distinct philanthropic heroes in its own history. It will take time for China to have it’s own super-rich philanthropists. While people like Jet Li are already doing this in some way – there is still a lot that needs to be done to create social icons out of givers.

No role models in Luxury: “Unique style, like whose?”
From the luxury standpoint as well, there is a long way before China established its own set of luxury role models. There are still not many rich and successful men and women who have a distinct style that could inspire the other rich to develop their own unique style or get inspired by a new Chinese model of luxury and style. Today majority of role models in luxury and style are from the west and the choice of products of these luxury icons is emulated for their novelty and badge value rather unique resonance with one’s personal style.


3. Limited reliable ways to contribute to the society: “There is infrastructure to spend but limited infrastructure to give”
"If my donation doesn't end up helping the needy I'd feel cheated, to me it's not a question of money," said Cao Dewang, CEO of Fuyao Group - the biggest glass manufacturer in China- in a recent interview with CCTV. The news channel went on to say that Cao pledged to donate RMB 200 million to 100,000 low-income households via the China Foundation for Poverty Alleviation, a non-profit charity overseen by the government - but would do so only after signing a detailed contract to ensure that his money falls into the right hands. Jet Li is also quoted to have said in a recent interview that, “The main reason [why Chinese are skeptical about donating] is because there is an inherent mistrust in giving your money to any third party to pass it on. They’re convinced that for every 100 that they give, the end party won’t receive anything near that 100.”
The lack of a robust and matured ‘infrastructure to give’, accentuates concerns about giving in general.

Shop for status not style: “It is expensive and everybody knows that – that’s enough for me..”
From luxury’s perspective, Mainland and Hong Kong shops are loaded with the most exotic in luxury with brands that boast of steep price tags, ironically they are all picked up from the shelves just for that reason viz. - the price and the exotica rather than a brand’s unique ability to pronounce one’s personal style. There is infrastructure to spend but there is no infrastructure to understand the nuances of luxury and then spend in a way that reflects personal taste.

4. A different kind of philanthropic instinct: “Pragmatic Philanthropy that makes people self-reliant”Billionaire Guo Jinshu told Xinhua recently "In China, an entrepreneur's top responsibility is to keep his own business sound, to fulfill taxation payments, and create jobs. This is also out of a philanthropist heart." Guo’s remarks remind us of the old Chinese adage “if you feed the poor – you feed him today, if you tell him how to fish you feed him for a lifetime.” There seems to be a more pragmatic outlook towards philanthropy among some quarters of the Chinese rich. While the pragmatism is real – there are still not many avenues to help people donate this way.
Another cultural factor is the need to not talk about how much one gave out. Some of the media reported that the billionaire duo, were not well received in China because they publicized their charity efforts. This is not always the Chinese way of giving – “if you give, you don't really need to announce it."


5. Sense of insecurity both physical and financial: “If people come to know that I have enough to start giving, I might not there to be able to give tomorrow..”
It is interesting to note how every week, local newspapers in China publish pictures of the country’s lottery winners showing up to claim their oversized checks in disguise. Almost all the winners resort to some kind of mask to hide their real identities for the fear that if they get recognized they might not be left alone to enjoy the newfound money. Many people are said to have hidden the windfall even from their family members and continue to lead their normal life. There is threat perception about being identified as someone who can cough up money when needed.
People no matter how prosperous – want to ‘lie low’ and keep off the radar. They do not want to attract attention for they are not confident about their security. This insecurity comes in part from the fear of have-nots – who might be simmering with discontent and the other part comes from scrutiny by Tax and other regulatory bodies.

Camouflage fortune by harping hard work and performance instead: “Make me look like a self-made success, not just rich and privileged”
This is one of the biggest challenges for luxury marketers. As the luxury buyers get increasingly insecure about their personal and financial wellbeing, luxury purchases will get impacted sooner or later. The need for showing off one’s wealth will collide with the need to lie low. Volks Wagen’s (VW) Phaeton is a great example of the need for understated luxury but for entirely different reasons. Phaeton is priced between RMB1-2 million but looked like a big Passat to many (a mid priced car from the same stable). The brand became a laughing stock on Internet with many jokes around it about being a high priced mid-range car. Not withstanding this the car still sold very well in Northwest China for exactly the same reasons – with its high price and plain vanilla looks – it was the designated as a“service car” of the local officials and the Army who did not want to be seen wasting tax payer’s money on luxury cars.
Buyers might need to exercise restraint while purchasing brands that give out the story of their bank balance. While symbols and imagery that connote fortune, power and status has traditionally been the mainstay in luxury advertising in China, it might need to acquire a new avatar that focuses on success and achievement from performance & hard work rather than just glory & big fortune.

BaBi was only a dinner banquet but it has a lot to say about the large and growing number of the Chinese super-rich. While this group is an extremely profitable source of growth for luxury marketers, it has its unique characters. It is vital to understand the real nuances of Chinese Philanthropy & Luxury for greater impact in future. And by the way, understanding the Chinese rich might not always require a one-on-one interview!