Hey work, I will not think about you after work! 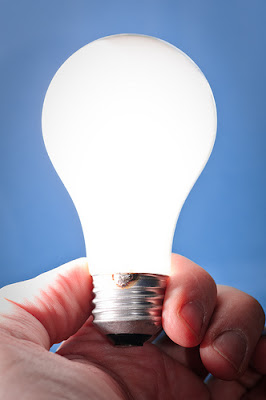 The more people I meet from the urban workforce (the non-assembly line service sector), the stronger my belief gets that “in these modern times, the place of work is getting reduced to an execution zone”. Notice how many of us draw a “Jobs to do” list on the night before Monday morning or in the subway or bus on our way to work.
Place of work no more seems to resemble a place for contemplation, at least no more individual contemplation.
There is just too much ringing, buzzing, pinging and falling apart - for one to be able to ‘switch oneself off’ and contemplate. There are way too many people pressured by the weight of project delivery date!

No wonder some people are trying to create zones that can still trigger some thinking – usually through groupthink. A more popular word for this is brainstorming.
Increasingly brainstorms tend to be proxies for lack of opportunity to think on one’s own feet (and rest of the times it is aimed at ‘creating a perception of consensus’ for something that might originally be an individual’s idea).

My good friend Manish Sinha often used to say, “The best work happens at the fringe of work”. In other words best ideas usually come our way when we are not necessarily looking for them.
This, I am sure contradicts with what we hear most of the business leaders claiming in media– “I stop thinking about work the moment I am at home”.

I would not say if it is good or bad but if we try and demarcate work and life the way many of the business leaders make us understand that they do, we might not be able to achieve the quality of thinking that is needed for the same breakthroughs to happen.

This does not mean that we cannot be great achievers if we are not workaholics; it just means that we need to keep our minds open for fresh thoughts and breakthrough ideas can come anytime.

I have always believed that the iPhone is just another iPod that makes calls and can surf the web. This perhaps is one of the reasons why the iPod sales have been slowing down, ever since the iPhone was launched in 2007.

In November of 2008, almost a year and a half after the iPhone came to the market came the latest version of Nintendo’s hugely successful handheld gaming device - Nintendo DSi. Unlike the earlier DS versions, Nintendo DSi is not a revolution, however it does have something that I believe is revolutionary (although lack of robustness might prevent us from acknowledging it yet).
Other than additions like a camera that you can play around with, the DSi is WiFi enabled.
To me, this is the point of departure. If I were to look at this development in the context of Wii’s plan to stream content for its users to their consoles, then the DSi is following a very similar path. To me it seems that through both of its products, Nintendo is trying to enter the content & applications space – rather than just selling hardware, which it has done so far. This transition is similar to what makes iPhone and iPod sexier than many viz. the presence of iTunes and the Apple App Store.

However this transition acquires greater meaning when we look at the next question that it raises. “How many devices will I carry when DSi’s WiFi function stabilizes?” or “What all would I want to carry, when games on the iPhone start matching the sophistication of titles on DSi?”

This question about convergence keeps haunting me. Would it really be one device? If I were to look back (and I hope I am not looking back too early) I do not see it happening:

The above three are interesting because the MP3 (iPod) player did become the mobile phone (iPhone). So – is it about consumers not being ready for one product or most of the companies not being able to come up with a compelling design and function that can motivate them to buy ‘that one device’? I suspect it is the latter. 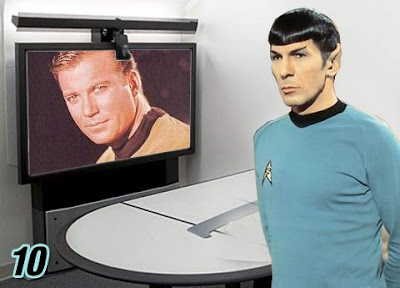 I remember – it was a weekend in 2005 and I was in India – reading a news story about Videocon (a consumer durable major in India). It was about the company launching the first Internet TV in India. I also remember the media and expert noise around this launch. They were all talking about how innovations like Internet Television and (large screen) computers, with high-speed broadband access, would ultimately replace the ‘classic’ television.
It has been almost 4 years now. Desktop computers have traversed a journey from standard CRTs, to large size flat screen CRTs, to slim LCDs. And the laptops have traveled from 12” micro sized notebooks to large 17” machines and now super small and ultra light Netbooks.

The computer has become faster, more graphic rich etc etc. but the size of the display unit (screen/monitor if you like) despite moving in all directions – size wise - has remained more or less the same - average size in the neighbourhood of 15” (based on my personal observation).
While the computer screens have remained more or less the same size – the Television screens have been expanding in size. We might need to check this empirically – but the average size of a television screen is definitely much more than the erstwhile average of 21”.
If I were to hazard a guess on the average size today– it could be anywhere in the neighbourhood of 25” to 27”. Why so?
Other than the fact that television companies want us to buy larger, flatter, slimmer, clearer TV sets (because that’s where the margins are!)– the unifying force behind TV buying is family viewing. Members of a household still tend to converge around the television. It is easier to justify purchase of a big and expensive television perhaps because it is a ‘household item’, as compared to an expensive computer – which can be seen to be more personal.
While a lot of people, especially young and single individual households have started using their laptop or desktop as their entertainment hub (Movies, Music, Communication etc), those living in a family, continue to converge around the TV.

Given this - it does not surprise me when I see Television in yet another light. I understand that a company like Cisco finds an entirely new meaning for the classic TV! (Cisco is staking a claim in the consumer electronics space, with its new line or products based on home networking technology).
With its newly acquired companies, Cisco is now in a position to offer videophone service that has the Television at the heart of it. For example when a Flip video camera is connected to a set-top-box, the cable connection and the Television – one can get the videophone experience that we used to see in Startekesq Sci-Fi TV serials.
However – what amazes me even more than the home videophone technology– is the fact hat this experience is being visualized around the TV screen instead of the computer screen.
To me this is almost as if Television were now offering a unique experience in the communication space – just the way it has classically offered a unique experience in the entertainment space.
The stereotypes that come to our mind when we think of web chats viz. – a man peeping into a computer monitor while video chatting with his parents /girlfriend on his computer screen, might just be about to make way for the same happening on TV and with a larger number of people doing this together.

In my view – if we humans as a community continue to derive greater meaning from our interactions with other people than we do with things – then I foresee newer a much wider application for the Television in the future.If video telephony catches up I can foresee our Televisions becoming still bigger in size and even more important than before. The entertainment equivalent of pod casts might upstage broadcast, or other forms of personalized entertainment-on-demand, but the TV set does not seem to tuning off anytime soon. We seem to be heading into the world of Television 1.2.
Keep watching!

Assembly-line is innocent; board is evil?

(What follows is not indented to glorify the GM & Chrysler management or position them as innocent scapegoats.)

Pardon me if I sound like an extreme capitalist when I write this, but the recent developments in GM and Chrysler make me doubt the accuracy of judgment and opinions being raised in media, Government circles and by people in general.
The question that vexes me is that while passing a judgment on the inefficient, operations of GM and Chrysler, “is it accurate to look at the management of these two corporations in isolation from the larger work force engaged in the assembly line operations?”
1. “Isn’t manufacturing good quality cars as much a responsibility (if not more) of the assembly line staff, as it is of the senior management?”
2. “Did the assembly-line staff not observe that their company is not innovating?”
3. “Did they not realize that if they themselves were to buy a car or recommend one to a friend– they would rather look at something other than the GM or Chrysler?”
4. “Being insiders – did they not realize that their company was perhaps not headed anywhere?”
If all this did occur to them - then what did they do about it to correct it?

If it did not occur to them or they did not do anything about it, then to me – they are as much responsible for the downfall of their company as their boards are made to look, in popular media.

I believe that every employee, no matter what lever s/he is engaged in a corporation, has the responsibility towards himself and towards the company to ask – “how are we doing?” “Why so?” “How can we improve?” “What are we doing to improve ourselves?” “Why or why not?” And most importantly “what role can ‘I’ play in making things better?”
I am also reminded of something that my friend Prem Narayan once told me about the what “NR Narayanamurthy”, the then chairman of (Infosys technologies), once said in response to what an interviewer asked him. The interviewer asked Mr. Murthy “how did Infosys hire the best talent?” to this Mr. Murthy replied by saying, “We try and look for people who have dreams for themselves. If a person has a dream for himself, he can only do very well for the organization that he works with.”

From whatever little that I gather from the media reports - the GM & Chrysler workforce dis not seem have that personal dream that could activate them to achieve more!

I do not know if this is the capitalistic way of looking at things but to me commerce has a lot to do with meritocracy and hard work. If we are not good enough to do something and we are not even trying to better ourselves – we do not earn the right to flourish.

I also see a parallel between this principle of meritocracy and theory or natural selection. Only the best have a right to live and grow. That is the way nature operates and we cannot pass a judgment when this principle manifests itself in business & commerce.

To me the GM & Chrysler episode demonstrates how public opinion is based on emotion rather clarity of thought. Just because the GM and Chrysler workers are much larger in number does not mean that they have a right to be incompetent. The taxpayer’s money is earned from hard work and it should ideally be invested in ventures and projects that are based on merit and hard work.