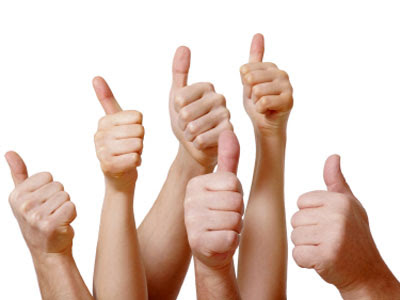 Selina Wu is a good friend of Rakesh & Joan Fang. They have all chosen to be ‘traceable’ to each other. So every time they come in 5 sq km proximity of each other, they get a prompt on their phones (through a GPS based application that is downloadable for free).
It is 7pm on Friday and Selina is driving home. She has only driven out couple of kilometers form office ad gets pinged that Rakesh and William are having drinks together in one of those Belgian joints. The place has been recommended to her by many but she never really got the chance to go there. Now, Selina might choose to just say hi to her friends over a call or text and set up a meeting for later. Alternatively she might want to join them for beer and finally get to see this place as well. But Selina does not know the way to the place and directions over the phone do not seem to be work for her. So she opens the maps application on her mobile phone and activates navigation. Soon enough, she is there and they are discussing the latest office gossip as the third pint comes up.

As you would have already guessed – there is no science fiction in the above scenario. Such applications (tagging select people) and services (navigation) are already available in select markets and soon in many. However in the scenario above, there are some underlying assumptions that I have worked with, while portraying this situation:

These seemingly obvious assumptions can potentially be challenged in terms of a diverse social & cultural backdrop in different countries. For example my experience in India and China is that people prefer to ask their way to a place rather than using technology to figure it out. However I could be wrong given that such mobile navigation possibilities are relatively new in these two markets (especially India). Thus it might also be too early to conclude if this is a viable mass proposition in these two markets. Making people pay for a navigation service seems to be a challenge. This is perhaps true because City knowledge seems to be given for most of the residents and such things as maps and navigation seems to be more of a tourist or expatriate behaviour rather than local’s way of getting around the city.

However there could be alternative ways of helping people utilize navigation and yet not charge them for it. This can be achieved by overlaying an advertising layer on this. Here is how it could be done - just imagine the above scenario again but this time the Belgian joint that Rakesh & Joan are sitting in, subsidizes the navigation for Selina.
Why? Because with one more guest – the joint is going to make more money from the same table. So Selina gets her navigation to the place free, Rakesh and Joan get Selina’s company and the Belgian joint gets one more guest.
However this advertising layer still does not address the questions raised through assumptions 1 to 3. To me, having a convincing point of view on the first three is the tougher part.

Mobile applications and services like these among others, that I would be writing about in the subsequent posts, raise many fundamental questions about the adoption of mobile services, technologies and their social impact. This discourse would perhaps help in painting a clearer picture of what could work and what perhaps would not, in the post 3G mobile phones & services market.