We are yet to see an iPad here in Asia, but it is certain that going by Apple’s legacy – this new device will bring about a change in the way people interact with these kind of devices. Its physical design, social connotations, ease of use, price, and many other facts that we will perhaps discover only when we start using it, can potentially spawn a new economy like the iPhone did with its Applications and iPod did with iTunes. Here is my list of what it would and won’t do in this part of the world.

iPad Will
1. Usage of ‘Apple Services’ will expand exponentially: We have all seen how iPod and iPhone spawned an entire industry of accessories around them – especially products like speakers etc that act as docking stations etc. Now visualize iTunes, App Store and iBooks as three services that are spawning a range of products that help users utilize these three services. Do not view iPad just as a product; instead look at it as a bridge to bring in more users to the world of Apple services.
By bringing a superior experience to a portable entertainment device, Apple will be able to expand the franchise for its online stores like iTunes, App store and iBooks - exponentially. This fits in with the industry wide trend of increasing revenues from content and data services and sluggish growth of revenues from mobile devices. (See chart 1) 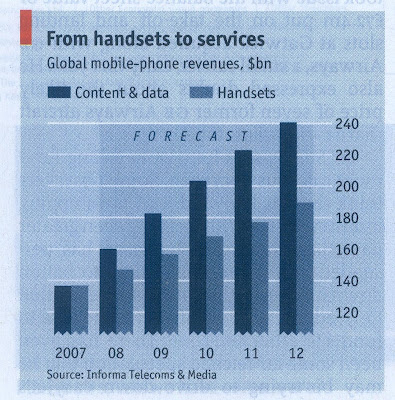 Suddenly Nokia, Sony, Samsung, LG among others look under prepared to compete with this evolving model. (Ironically enough, even Sony - the inventor of Walkman – the first personal stereo - is also one among the long list of names making accessories for iPods and iPhones). 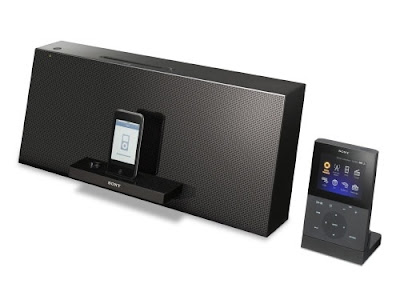 2. Light users will finally get a real option: Other than gadget enthusiasts and die hard Apple fans who will lap up iPads, like they have done with other new devices from Apple– iPad will give a real option to many light & mobile users. I can see frequent travelers and elders as two immediate potential user groups. The latter group would especially like the iPad for its ease of use, portability and most importantly – picture –cum-photo frame capability.

3. Will take Apple towards masses (Netbooks have a definite reason to worry!): At $499, iPad is still more expensive than most of the Netbooks and even some Notebooks. However, if the announced price comes to Asia, it will reach many more users than what iPhones & MacBooks have managed to in the past. Let us look at the approximate price gap between Apple and other products in three key categories. Observe how the price gap is shrinking continuously.

Although the price difference between Apple’s latest product and the competitors continues to be significant but the lower unit price of iPad will make it much easier for a prospect to own it.

This is a dramatic shift in Apple’s marketing stance. No more can Apple said to be a designer’s ‘designer’ choice and average Joe’s fantasy. It is now becoming a smart and efficient choice. In this way, I see Apple becoming more like Google than continuing to be the Apple from the past. The only big difference still being, Open Vs. Closed source outlook.

This need to address a wider consumer group is perhaps also aimed at building a broader ecosystem of OS based devises as a countermeasure to Android’s increasing presence in devices beyond mobile phones. (See chart 2) 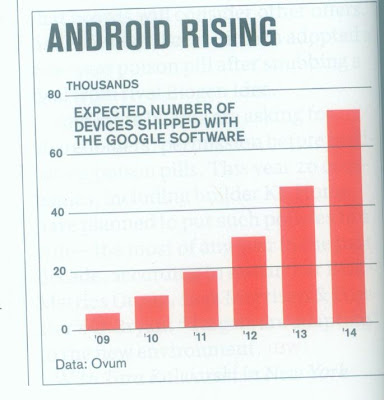 iPad Won’t
1. Notebooks need not worry (yet): iPad has not been designed to be a mainstream personal computing device. Lack of USB port, no CD/DVD Drive, limited memory, no LAN Port etc means that Apple does not want this thing to mess around with its own Notebook Sales.

2. Replace Kindle: Serious readers will stick to Kindle. It is not just about the battery life (10 days vs iPad’s 10 hrs) the iPad screen is better suited for watching movies and pictures than reading books. A serious reader will not hazard the strain on eyes because he wants a more beautiful thing in his hands. (But expect Kindle to respond with a better Kindle sooner than before.)

Personally, I foresee, eBooks gaining traction, movie watching coming to the lap not just in airport lounges but at home as well; Casual gaming becoming more engaging; Laptop bags making way for iPad folders; Photographs coming to life more spontaneously and in entirely new ways; Speakers and other home theatre system accessories spawning a whole new iPad ecosystem, among others.
In his presentation Steve Jobs stated “Apple is now the largest mobile devices company”, I would add by saying that Apple is a consumer electronics company that is increasingly making other consumer electronics brands look like manufacturers of ‘peripherals’. I sincerely hope that the rise of Apple also leads to the birth of a worthy competitor.